Kings Boxing Academy celebrated a really tough season by awarding those who committed themselves to the sport. This was their 3rd annual awards event since the club was resurrected by head coach Chris Rattenbury. The team was rewarded for some of the most outstanding commitment to boxing in and out of the ring. This season was the most challenging to date with the team travelling over 3,500 miles to compete in everyone’s back yard with an 80% win ratio. The team are very grateful to all sponsors and supporters for making this all happen because without them the gym would be closed.

This year the team was blessed with the presence of several VIPs and supporters who came to recognize and celebrate the team’s success and status. Guests of Honor were the former British and WBC super middle-weight champion Glenn Catley and Councilor Ron Peart who are both Patrons of the club. It was a humble affair and one that was to see the launch of a new incentive called ‘Fit For Work’ which hopefully will see Kings Boxing Academy assist unemployed into fitness and competitive sport and to improve their success in the job market. Sadly for the team two major players needed to make this succeed being the Job-Seekers dept and a major recruitment agency that seemed keen to get involved both failing to take the challenge to support the incentive. It will be a really difficult task to run this community support project without the backing of those who are directly involved with unemployed young people said coach Chris Rattenbury. I am already committed to helping many young people in the sport and give a tremendous amount of my free-time as a volunteer; we require real assistance to make such a project work for the benefit of others. 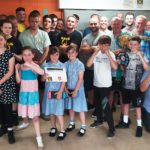 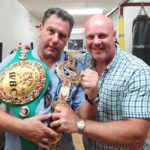 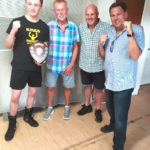