As a boxing club struggling against all the elements you have to hand it to Kings Boxing Academy for their outstanding competitive achievements.

Both Charlie Ryder and Joe Kneen had been working to an exhausting training program dedicated to competing in the national Novice finals on Sunday 3rd November in Hayes. The pair had to cope with recent on-going issues at the gym and stick to a strict diet to make the weight whilst increasing their work-rate and conditioning. 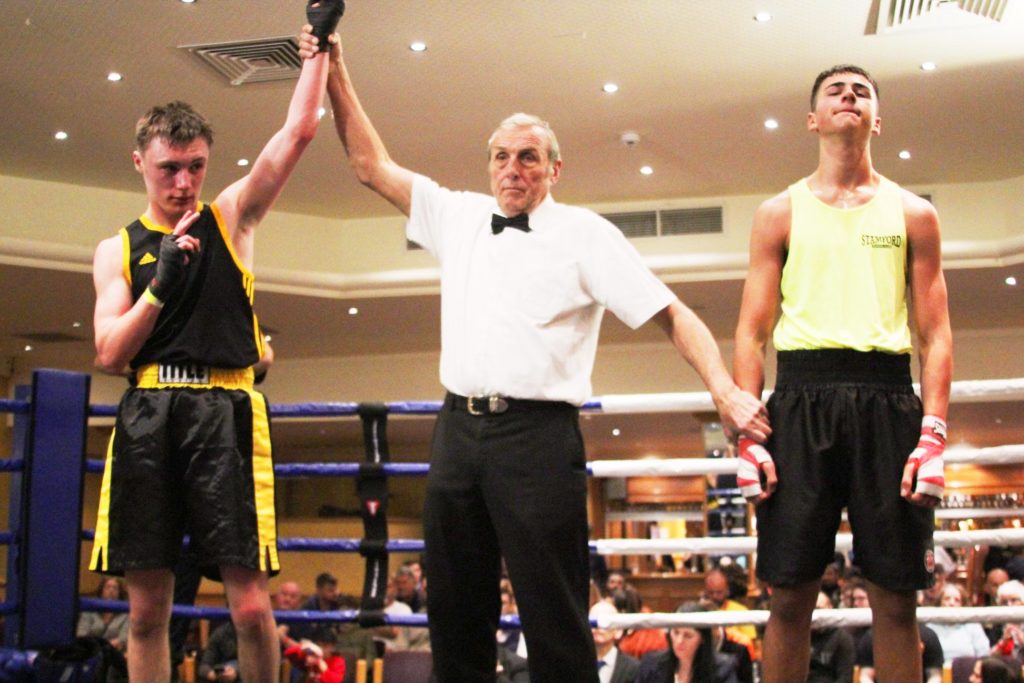 Ryder 66 KG was on a mission from the first bell and grasped every opportunity to ram in punches from every angle whilst slipping and dodging single power-shots from Crane (Lincs). Ryder was in full command and delivered the Kings technical style with precision, ‘it was a truly outstanding performance to see Charlie Ryder lift the title for the second year running. 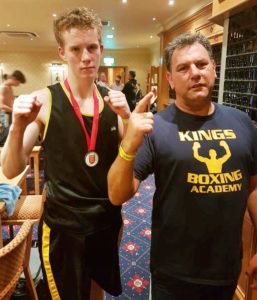 Next out for his first title shot was 15 year old Joe Kneen 75 KG, he had prepared well for this contest and was in no way fazed but the occasion, his opponent Joe Holmes from Epping who had boxed the team over a year ago so a game plan had been devised. For Joe this was a battle and like two stags crashing in at each-other both determined to rein punches in at all costs. This was an all guns blazing bout, fists flying and both pushing forward with true determination. Joe landed the cleaner shots and was the harder puncher but it was close in all three rounds. It really was a well fought contest which the team felt they had won on better point scoring shots but alas the Epping boxer won on split decision with only a point in it, ‘ The whole team are very proud of Joe and Charlie they both showed true-grit, both outstanding in their performances, we will see so much more from these two tough athletes.

The team have everything to be proud of for their efforts in a highly competitive sport which is more gruelling than almost every other sport.