Kings Boxing Academy held a regional charity fitness challenge to help raise funds and combat Covid through health and fitness. The Head Coach brought an idea together to see which club had the fittest junior, senior and female competitor.

The event started at various clubs to avoid any risks and from there each club produced their own Champions. The finals were held under strict health and safety conditions at the Kings Gym.

The competition was fierce and highly competitive bringing the best out of each contender, as boxers and other combat sports have been unable to compete in the ring this was the next best thing.

The event standards were high and well supported with Devon County and town Councillor representative Ron Peart overseeing that the rules were adhered to.

The results were, Runner-Up hailing from Cornwall Harry Wilson who was trained by former World-Kick-Boxing Champion Carl Drake, Junior Champion Finn Addiscott and senior Champion Sonny Dorrian both from Kings Boxing Academy, both were streets ahead on the score-cards with Debbie Miller-Wright from Fighting-Fit Kick-Boxing winning the female section.

Well done to all those who attended helping to support local charities we raised £140 for the Veterans Charity and still raising funds for Kings nominated charity.

We talk the talk and walk the walk! 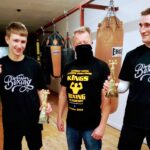 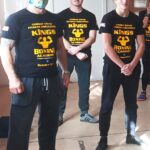 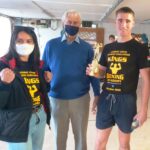 Sian our patron, Ron and Sonny 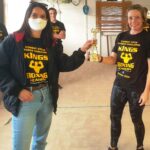 Sian our patron with Debbie